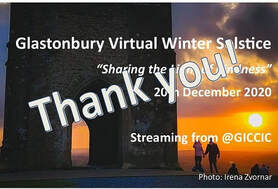 Thank you all for your kind donations. We raised almost £250 for the Glastonbury People's Trust.
A Virtual Winter Solstice
with contributions from folks of Glastonbury

"Sharing the Light of Kindness"

Couldn't make it? Click on the blue titles in the programme to watch them now.
A Winter Solstice Tree Walk
with live music from Matt Witt and Helen Katherine Lunt

​Matt is a gifted Glastonbury artist, musician and bard. His popular Glastonbury tree walks include tree folklore, the significance of individual trees, along with his fabulous folk songs on acoustic guitar, this time accompanied by his friend Helen on flute.
Find out more about Matt
​
Helen is a multi instrumentalist enjoying improvisation and collaborating with others. She is a regular tree walker and often accompanies Matt's songs with her flute.
Find out more about Helen
"Glastonbury's own Christmas Tree"
with Adam Stout
The Holy Thorn of Glastonbury is the stuff that legends are made of. Stories grow on it like fruit and wrap around it like creepers. It's a shape-shifter. It's been Catholic, Protestant, Pagan, universal. ​​
Find our more about Adam
15:00 - 15:30
Opening Ceremony
with the Mayor of Glastonbury, Cllr. Jon Cousins, Morgana West, Joanne Mudhar
​ and the Glastonbury Unity Candle
"Step into the Stillness"
with Chalice Well Gardens 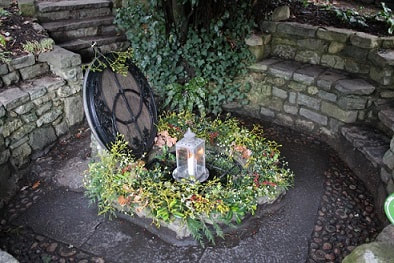 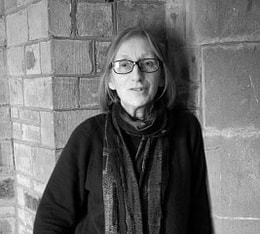 The Druid Mistletoe rite, recorded by the Roman Pliny, C.E. 23 - 79, is the oldest account of a complete Druid ceremony that we have.  Penny will be unpacking its elements, exploring the significance of the mistletoe and what each magical action might have meant, from a modern spiritual perspective. What is the relevance of this ritual, set down for posterity two thousand years ago, to us today?
Find out more about Penny.
The Astrology of the Winter Solstice
with Janetta Morton

Janetta is a professional Consultant Astrologer with over 30 years experience. She trained at the CPA - The Centre for Psychological Astrology in London and describes herself as an Evolutionary and Psychological Astrologer. She will offer insight into the astrology of the deep cultural changes heralded this Winter Solstice. 'A light shines in the darkness and the darkness shall not overcome it'.
​ Visit her Facebook page to find out more about Janetta.
"Gather Round the Hearth"
A concert with Dora Darling 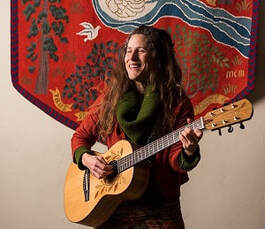 Dora Darling is a singer songwriter who plays traditional and original earthy, magical folk songs from the British Isles. "Dora's rich deep voice draws you into the stories of the songs she's written... " Nancy Kerr and James Fagan. ​
Visit her website to find out more about Dora.
"Once Upon  a Time..."
A Tale for the Winter Solstice with Dan Goodfellow 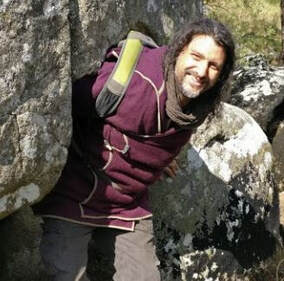 Dan is an artist/illustrator and storyteller. Living and working in Glastonbury, he  draws his inspiration from the Mythology and Celtic legends of his homeland.  Find out more about Dan.
"A Magical Midwinter Concert"
​ with Heloise Pilkington and Jenny Bliss 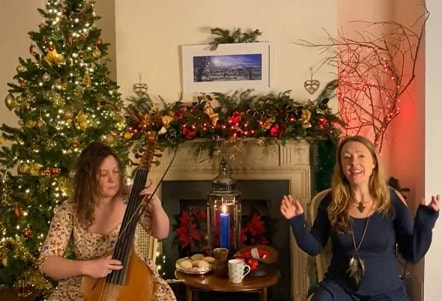 Extraordinary Glastonbury-based musicians Heloise Pilkington and Jenny Bliss will take us on an enchanting musical journey as they join together to present us with this magical Midwinter concert.
Find out more about Heloise. ​Find out more about Jenny.
"Sharing The Light of Kindness"
​with Joanne Mudhar 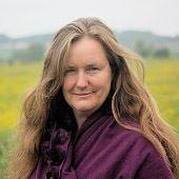 Joanne spends many hours walking the beautiful green countryside around Glastonbury, connecting with her favourite trees, foraging for wild food and just delighting in the extraordinary depth and beauty of the landscape. You might not be able to visit in person, but here, Joanne invites you to join her in a guided visualisation into the inner realms of Glastonbury/Avalon where we can share the light of kindness.
Find out more about Joanne
The Silent Minute of Peace ​@ 9pm
with the Glastonbury Unity Candle 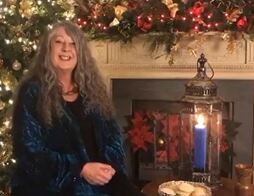 The original Big Ben Silent Minute was a peace prayer initiated by Wellesley Tudor Pole, a major in the British Army and the founder of the Chalice Well Trust here in Glastonbury. On 10th November 1940, the BBC began to play  the chimes of Big Ben, every evening at 9pm, on the radio, as a signal for the Silent Minute to begin.

​Since the start of the pandemic in the UK, Glastonbury Unity Candle Ambassadors have been lighting it in a live-stream with people from all over the world joining in for The Silent Minute of Peace@9pm. Morgana West will lead us, once again, into a peaceful place at 9pm, ask we start to settle down into the close of our day.
​Read more about the Silent Minute of Peace with the Glastonbury Unity Candle
"Settle into the Night"
from the White Spring 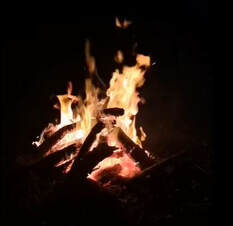 Lisa and Max Goodwin, founders and resident Bards of the White Spring invite you to join them (online only*) around the Bardic Fire above the magnificent water temple at the base of Glastonbury Tor. Let's come together, from all around the world, to bring in the light with seasonal poetry, blessings and inspiration in the sacred landscape of Avalon at Winter Solstice. 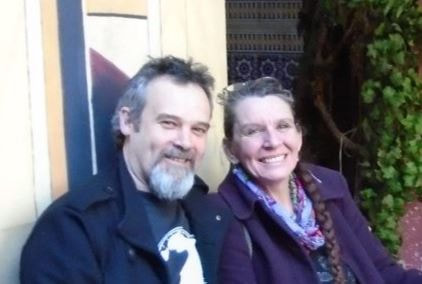 When we have processed the statistics, we will list all the countries who tuned in.