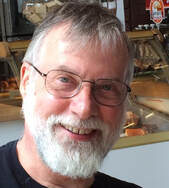 Non-Executive Director
Company Secretary
Born in Stoke-on-Trent, Staffordshire and for 27 years worked in London in the Further Education sector initially as a Lecturer and later as a manager.

During this time he also  worked as a tutor for the Open University teaching on programmes in the UK, Russia, Romania, Eritrea and Ethiopia.

After this he worked as a consultant for an International Accountancy Company, and at the same undertook training in massage and Ayurveda in a Therapy centre in London, and also in Thames Valley University.

For 15 years he ran his own therapy practice in Ayurveda. He  has now retired from the therapy work and currently John is undertaking training in Glastonbury with the Goddess movement.

John has been a Director of the Glaston Centre for several years focusing mainly on financial issues.